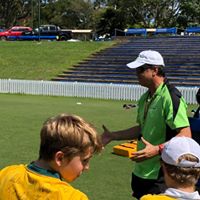 Phil has provided the Next Gen team with the highest quality and professional level of rugby coaching. While Phil’s availability throughout the year is limited, he is always willing to offer his services to coach our young men and women of the future. Phil’s knowledge and expertise is outstanding and we the coaching staff – and those whom he coaches are so very fortunate indeed to experience such a fantastic rugby mentor. 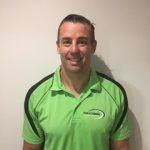 Mark has provided the Next Gen team with an enthusiastic and professional brand of rugby coaching. His love of the game and coaching is infectious. Mark loves to get involved in all aspects of coaching with whatever age group he is assigned. Players continue to rave about his knowledge, love of the game and his ability to impart his wide range of skills and understanding of the game. 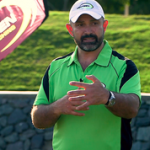 Fletcher has a vast level of experience in rugby having played for the Wallabies and Qld Reds. Fletcher’s knowledge and expertise in rugby is first class and adds quality hands on experience to the Next Gen coaching staff. 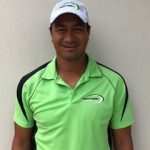 Steve is a member of the famous Kefu family. As a player he was very clever with exceptional skill, vision and was without doubt a natural athlete and rugby player. He has a very sharp eye and has the ability to pick up even the slightest of technical faults and is an outstanding skills coach. Next Gen Rugby Coaching is proud to have Steve Kefu in our team. 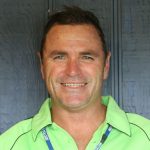 Next Gen Rugby Coaching was delighted to welcome Mike to the team when he moved to Brisbane at the end of 2017. Mike has an incredible passion for the game and coaching. Mike’s ability to transfer information & knowledge to his players is a strength and we at Next Gen Rugby Coaching are thrilled to have a coach of his standing coaching our next generation of rugby players. 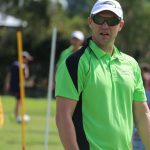 Paul had a highly successful stint of playing and coaching overseas. Paul brings an extraordinary level of expertise and experience to our Next Gen Coaching staff. Paul runs a number of our specialist 1 on 1 sessions – specifically kicking and goal kicking. Paul has recently completed his teaching degree and is now a member of the BGS H & PE staff – Paul is also completing his Masters in Sports Coaching. 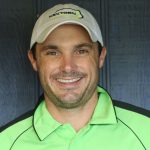 Pat has been an integral member of our coaching staff – specifically at our holiday clinics. Pat has been involved in so many areas of rugby – professional, club and school rugby. His experience provides our team with a wonderful resource and he offers the young players under his guidance a unique understanding of the skills and techniques needed in the game of rugby. Along with his incredible experience, Pat is also a terrific human being – humble and respectful. He is a great asset to our coaching staff. 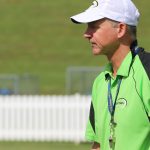 Jon is one of the most experienced rugby coaches to join the Next Gen Rugby Coaching staff. Jon has many years of experience coaching rugby at all levels of junior rugby and representative rugby. We are privileged to have someone of Jon’s calibre assisting in the program presentation at our holiday coaching clinics. Players and coaches of all levels will learn an incredible amount from this very professional rugby mentor. 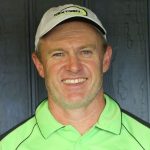 Tyron is another of our long serving clinic coaches. Tyron played 214 games for South’s Premier Grade over 12 seasons – averaging 100 points per season during his career. Tyron brings a wealth of rugby experience and administrative expertise to the Next Gen coaching staff and to players of all ages. 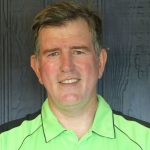 David successfully joined our coaching staff in 2017. David is a very experienced teacher and rugby coach. David has taught at a number of prestigious GPS schools were he has always been heavily involved in First XV and Under age rugby coaching – where he has always shown a real talent for his ability to impart his knowledge and wisdom to the players he is coaching. He is extremely well liked by his players as he brings a high level of fun, enjoyment and expertise to his sessions. 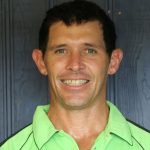 Peter has been a fantastic addition to our coaching staff over the last few years. Peter has been able to bring a wide range of quality coaching experiences to our team – and is heavily involved in our holiday coaching clinics – as well as assisting with our specialist 1 on 1 program.

Mick joined the Next Gen Rugby Coaching team in 2018 and it was obvious from the start that he was a very special coach – one who was willing to coach at any level and any age group. Mick has always sought advice and guidance as to his coaching journey as well as providing other coaches with his own expertise – this willingness to learn and assist others is a wonderful attribute – one which will hold him in good stead going forward. 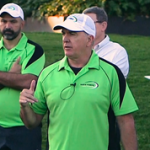 Neil brings a quality of instruction, expertise and development that all members of the Next Gen Coaching staff are thrilled to be associated with. Neil’s experience is a wonderful addition to our team, and those young players who are lucky enough to be coached by him – will respect and admire everything that he has to offer. 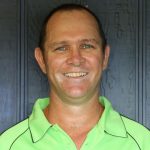 Evan brings years of playing and coaching experience to our coaching staff. His rugby knowledge and ability to bring the best out of the players in his care is second to none. His teaching and leadership experience provides all involved in coaching with an extraordinary level of support, mentorship and technical advice. 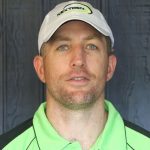 John has been a member of the Next Gen Rugby Coaching staff since the company started back in 2013. As a player “Tabs” was highly regarded throughout the QLD Premier Competition and has been considered one of best players in this competition for many years. Talk to any coach that has worked closely with John and they will tell you about his incredible vision, natural ability and game awareness. These attributes naturally make him a coach with a great future. John is certainly one of our most valuable assets. 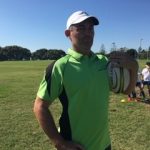 Brendan has a rich and vast rugby history and background. His knowledge of the game and his own personal experiences provides the Next Gen team with an outstanding leader in his field. Brendan is a firm believer in that perfect practice makes perfect and the players under his guidance will always understand that his attention to detail in training as being the cornerstone to their own personal development. 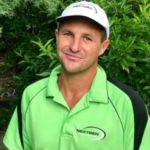 Luke was a very welcome addition to our coaching ranks in 2018. Luke brings a new level of enthusiasm and willingness to learn to our team. Luke has shown great attributes to deal with players of different age groups as well as different levels of ability. I am thrilled to have Luke as a part of our team going forward. 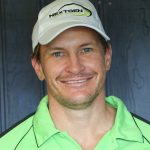 Nathan has a passion for working with young players and proved to be a hit with the youngest members (and the parents) at our Next Gen Rugby Coaching Clinics. His sessions are full of fun but at the same time incorporating skill development for each player. His years of coaching in the Secondary A program at Gregory Terrace has provided Nathan with the coaching tools that assists all players to reach their full potential. 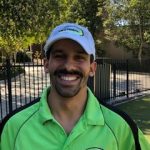 Ze has been a tremendously enthusiastic new member of our coaching team since the beginning of 2018. Ze brings years of high quality coaching at a variety of levels – club, school and even his National U14 rugby team from Portugal. Ze’s continuing study and research is a valuable tool for the rest of the Next Gen Rugby Coaching team – as well as the players under his care. 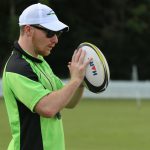 Dan joined our Next Gen Rugby Coaching staff in 2017 and has always been keen to be involved in as many coaching clinics as possible. Dan brings a high level of coaching and administrational skills to our team which provides a high quality presentation and execution of our holiday programs.

Bart has been a wonderful addition to our coaching ranks and brings years of Premier Grade football experience to our team – at Norths Rugby Club and more recently Wests Rugby Club. Bart is an exceptional mentor for our young players and shows tremendous care and attention to each child’s involvement and development. Bart has generously given of his time to the Modified Rugby Program (Wests Rugby Club) which has been greatly appreciated by all involved. 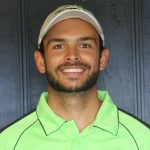 Liam has been a very valuable member of our coaching team since 2014. Liam brings a wide range of coaching experiences to our staff having worked with various age levels and at various levels of rugby skill and experience. 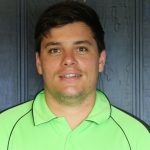 Tom was another great addition to our coaching team (unfortunately moved to Victoria in mid 2019 and then to Scotland in early 2020). From his developmental coach days with the Scottish Rugby Union, Tom brought the very latest skill based training to his sessions. As a recent former player, Tom relates very easily with the players he is teaching and provides them with exciting and challenging sessions. Tom is another of our coaches who is comfortable taking children of any age – and providing them with a safe and enjoyable rugby experience. We all look forward to his return down under.

Wanaka is an outstanding player and coach in her own right – having played representative rugby in New Zealand and coached the Andorran National Women’s Sevens team on the European circuit. Wanaka has also coached lower aged rugby teams at Gregory Terrace and brings a vast arrange of coaching skills, knowledge and experience to the Next Gen Rugby Coaching team.

As well as being a highly successful coach, Rod was an outstanding rugby player representing Queensland U19 and U21; he went on to win 3 caps for the Queensland Reds and represented his country in the Australian 7s team. When he is available, Rod brings an extraordinary wealth of knowledge and talent to the Next Gen Coaching team.

Van was a stalwart of QLD Rugby Union for many years. He had a distinguished professional career with both the QLD Reds and the NSW Waratahs in Australia as well as stints playing in Italy and Japan. As a player Van was considered one of the best lineout technicians in the game. When available, Van is always willing to pass on his knowledge to the players of the future. Next Gen Rugby coaching is very grateful to have a coach of Van’s calibre on board.

Sione has a rich and vast rugby history and background. His knowledge of the game and his own personal experiences provides the Next Gen team with an outstanding leader in his field. Sione brings years of teaching experience into the rugby coaching environment which provides those men and women under his care the best opportunities to learn and develop.

Matthew is highly regarded throughout the QLD Premier Competition and has been considered one of the most consistent players for South’s in this competition for many years. Matthew has a wonderful work ethic and can always be trusted to give of his best on all occasions – and is still an extremely valuable member of the South’s Premier Grade team. Matt was able to form excellent relationships with the young rugby stars of the future that have attended our clinics since 2013.

Alex has been a regular Next Gen coach since 2014. He has been a great addition to our team as he has the unique ability to coach players of any age. He has a wonderful rapport with all the players he comes in contact with and brings his vast knowledge of forward play and contact skills to our sessions.

Conor is a former Australian All States Under 21 representative and was also an outstanding member of South’s Rugby Club for 8 years. Conor’s attention to detail as a coach allows players under his care to develop their skills in a disciplined and informative environment. Conor is a wonderful mentor for our young players and has always shown tremendous care and attention to each child’s involvement and development.

Lorem Ipsum is simply dummy text of the printing and typesetting industry.